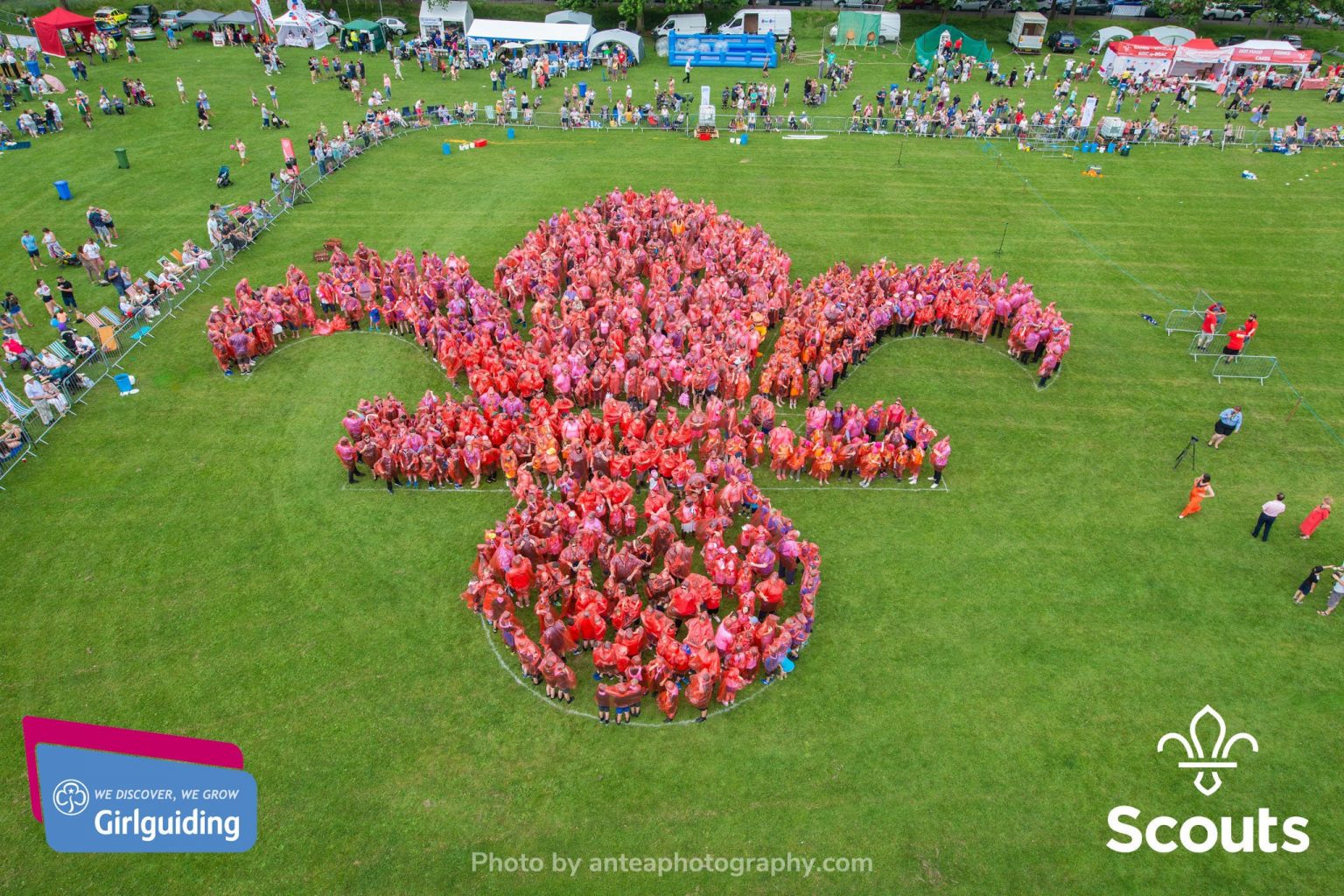 Over 800 Scouts, Guides and members of the public gathered at the 66th annual Scout and Guide Fete at Romilly park, Barry, South Wales on Saturday 6th July to create a human fleur-de-lis.

The participants put on red ponchos to mark out the fleur-de-lis shape and remained in place for 5 minutes to break the current record of 445 people. They now have to wait for their attempt to be verified to see if they will be placed in the Book of World Records.

Tir a Mor district commissioner Chris Parsons said: “The annual fete gives us the chance to raise valuable funds for our groups and to get Scouting and Guiding out in the community. I’d like to thank all of our supporters over the years, in particular our patrons and advertisers whose support has been invaluable. The fete helps boost the funds needed to support each of the voluntary youth groups operating in Barry and the surrounding district as well as while entertaining the crowd”.

This year’s event opened with the traditional march past of the Rainbows, Beavers, Brownies, Cubs, Guides, Scouts, Rangers and Explorers.

It was led by the Newport scout and guide band, which is the only Scout and Guide marching band in Wales. 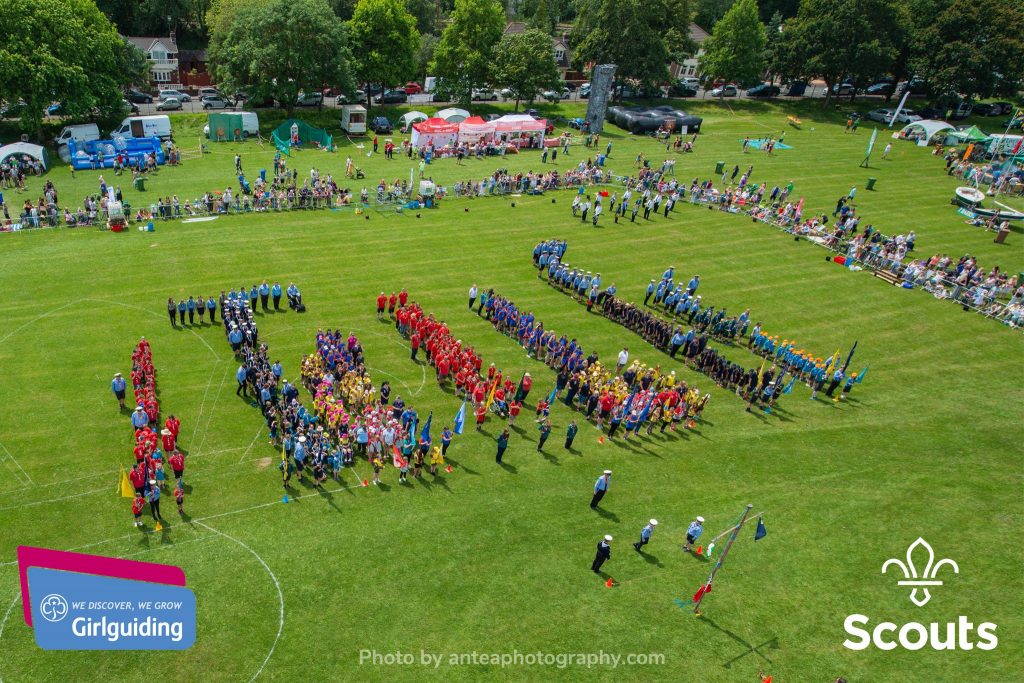 Chairwoman of the fete management committee, Cathie Steele gave a brief introduction before Gill Clay, granddaughter of the founder of Scouting Baden Powell formally opened the fete followed by presentation of competition prizes and awards.

Scout leader Gareth Johns, 36, said he had been involved with the fete since joining the movement at the age of 8 and wanted to do something different this year. Having heard about the current world record being set last year he made a proposal to break the record at the fete and completed the application process.

The Fete Committee would like to thank all those involved in the fete and a special thanks to Anthony Barber of Anteaphotography.com for supplying aerial photography of the record attempt.

Both Scouts and Girl Guides have waiting lists for young people wanting to join the different sections but more adult volunteers are needed. If you can help in any way please contact tiramor@cardiffandvalescouts.org.uk